Since I’ve been playing with the beyond visible photography, I’ve also been looking at ways to visualize more “colors” than we can see. In yesterday’s post, I simply split the pictures into separate grayscale images: near infrared (IR-A), red, green, blue, and near ultraviolet (black light, UV-A). For this to be more than a fun art experiment, I need to come up with a consistent and automated way to generate useful images. The standard color photograph and the grayscale UV-A image will be part of my output, but I'd like to experiment with other options. Back when I was first playing with infrared photography in 2002 and 2003, I tried replacing one of the color channels with IR-A, but my favorite method was using the IR-A image to alter the lightness of the color image. Since I was working in commercial photo editors, the process wasn't particularly convenient. This time I'm speeding up the process--and keeping results consistent--by writing my own program to process my wide spectrum images. Here are my early results.

My first experiment was to compress the full IR-visible-UV range into one picture, with each of the five channels equally weighted: 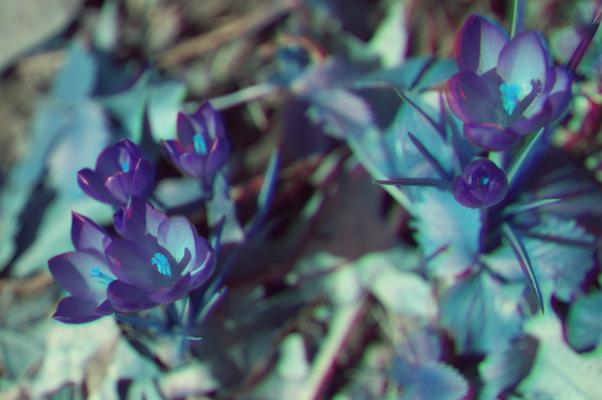 Since I plan on using wide spectrum photography for plants, the IR-A channel isn’t particularly useful. This is because flowers and leaves are often nearly uniformly reflective in the IR-A range. So I compressed the visual range + UV-A into one image: 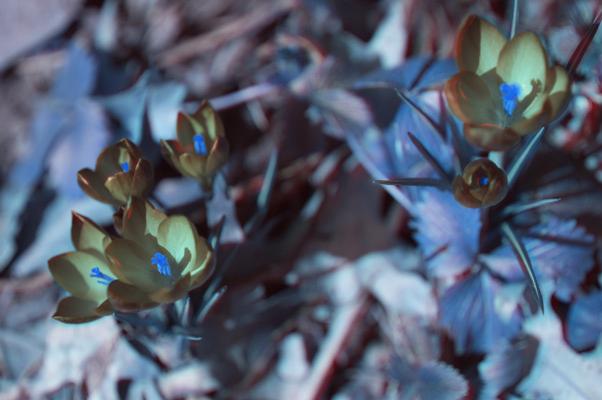 Since many insects have a visual spectrum shifted to shorter wavelengths than we do, I also created a shifted version. A quick way to do this is by replacing red with green, green with blue, and blue with ultraviolet: 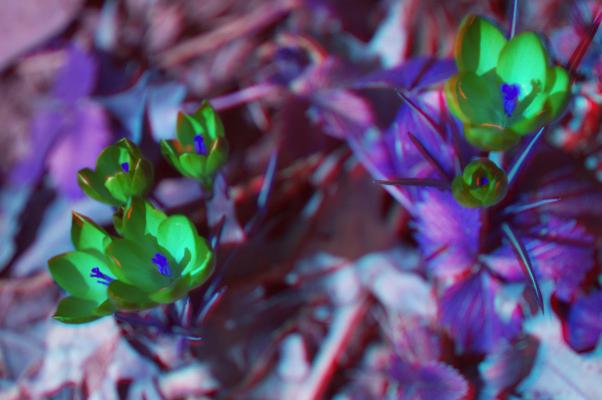 Since the color replacements are arbitrary, I made a version that keeps the leaves green by making a version with the green and blue in place and the red replaced with ultraviolet: 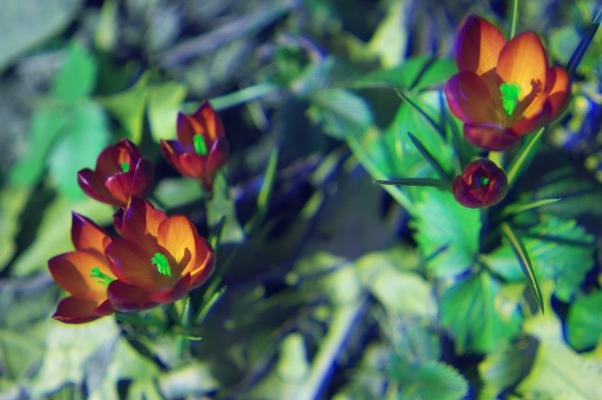 In the process of inspecting these images and other variations, I noticed that my ultraviolet images probably have less infrared contamination than I initially thought. That’s good. Now, to try my ultraviolet setup on more subjects…