It is common to recognize that disasters that may happen are often worth taking precautions against, just in case they do happen. This is why insurance exists, and is part of the justification for things like flood walls and maintaining a powerful military. It is also the reason why certain safety equipment is mandated. Precautions for dealing with low-probability high-impact events leads to a comparison I think should be much more prominent.1

You probably won’t be involved in a car crash serious enough that a seat belt and airbag will save your life. But if you are, the injury your seat belt will save you from is worth far more than the extra cost of the safety equipment. In fact, the damage you will be saved from is so severe that it is recognized that the cost of requiring safety equipment in everyone’s car is justified. But even individually, the cost is worth it, as can easily be shown with some cost estimates.

So, what is the cost of seat belts?2 A set of no-name replacement seat belts with mechanism (without some of the safety features) costs a bit over $250, a good quality set will be more. Even on eBay a ‘new’ airbag for a common car costs over $100, and you need several. Having higher quality equipment professionally installed will cost more, but I’ll assume you are a cheap but competent shade-tree mechanic. Given these prices, safety equipment accounts for a significant portion of the cost of a car.

What is the risk of not using proper safety equipment in your car? In the United States you have a 1.7% chance of dying in a car crash.3 But more than half of the people killed in passenger vehicle crashes weren’t wearing seat belts. Since 85% of people do wear seat belts, this means your chance of being killed in a car accident if you don’t wear a seat belt is much worse than if you do wear one. Some people still argue against seat belts, but seat belts are clearly worth using.4

This is only considering fatal crashes, the chances of being involved in a non-fatal crash are much higher. This just makes the case stronger. If you have a couple people in the car with you when you are in a minor crash, talking to a doctor for a few minutes will cost significantly more than the cost of the safety equipment. But if there is a real injury, the cost of dealing with it—and the possibility that you couldn’t recover from it—is so much higher than the cost of adding the seat belts that there is no doubt that it is worth having seat belts required on all cars. 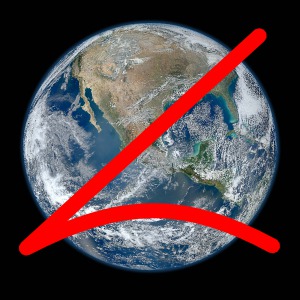 Now compare this with anthropogenic (man made) climate change. We know it is happening and we know there will be severe consequences for continuing to cause it to happen. But in the United States the issue is often presented as in question. Most people at only familiar with the supposed debate over the existence of anthropogenic climate changes; the positions are typically presented as between those who deny any significance of man-made climate problems and those who recognize the most-likely scenarios of the IPCC Fourth Assessment Report (AR4). But, as I wrote last year, the most-likely scenarios in the AR4 are actually fairly optimistic compared to some of the likely outcomes. This means that many people aren’t familiar with—or discount—the less likely high-impact possibilities. But the possibility of a larger than commonly recognized impact is within the expected range for the likely scenarios and must be taken seriously. This is an example of the common mistake of looking at an average out of context of the range.

Since we are nearly guaranteed to have negative consequences—and also have a significant chance of extremely negative consequences—we must take the low-probability high-impact risks into consideration. This brings us back to the seat belt analogy. We recognize that requiring the current level of safety equipment in cars is worthwhile, maintaining logical consistency suggests that we also take action to remove the possibility of the high-damage climate scenarios. Even those who continue to discount the evidence for anthropogenic climate change and its impacts should consider it prudent to take action to alleviate the risk of the high-impact possibilities.

And this is before even considering the side benefits of the best solutions to man-made climate problems, for example: the best solutions will leave us healthier, create jobs, and fulfil our obligation to stewardship of the earth.

Of course, the analogy breaks down because you may be fortunate enough no never be involved in a car crash, but you are certain to be affected by anthropogenic climate change, and have already been affected by pollution. Now it is simply a matter of lessening the impact. This leads to an expanded version of the analogy.

Imagine you are the passenger in a pickup truck. You aren’t buckled, but there is a three-point seat belt. The passenger side airbag is switched off, but you can easily reach the switch. The brakes and steering have failed. The truck is heading toward a wall at seventy miles per hour, but you have seconds before impact. Do you fasten your seat belt and enable the airbag?

I originally published this blog entry on 2011-12-31, but decided it needed to be reworked.