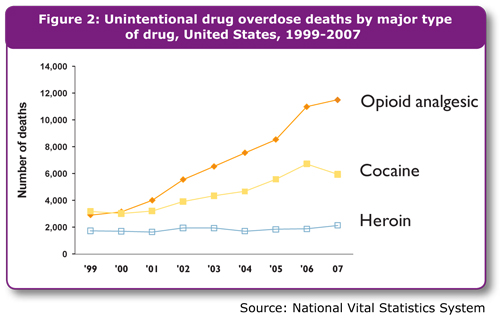 ... the problem is increasing even while most people's concerns are elsewhere: Billions are spent to stop street-drug trafficking nationwide, and newspapers are filled with reports of drug busts and seizures. But in 2007, according to the National Vital Statistics System, prescription narcotics were involved in more overdose deaths than heroin and cocaine combined.